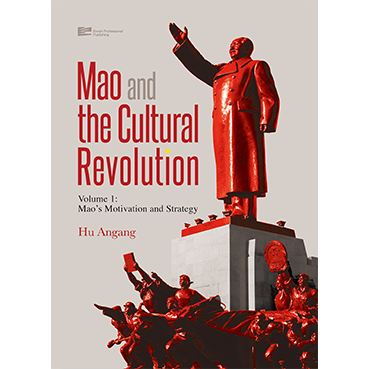 Chronicles the political history of the Cultural Revolution from the perspectives of Mao and the Politburo.

Acclaimed national researcher Hu Angang presents Mao and the Cultural Revolution, an immensely rich account of the massive political event of 1966 that brought seismic changes to the landscape of New China.

A culmination of Mao Zedong’s political ambitions, the Cultural Revolution restored his power and prestige as paramount leader, albeit at great costs to the economic and social development to the country. The impact of the movement — more significantly, the politics that drove it — deeply influences political philosophy in China today.

Hu Angang is a Professor in the School of Public Policy and Management at Tsinghua University. He is the director of the National Research Group of the Chinese Academy of Social Sciences, China's most prominent political think-tank, and has held visiting professorships at Harvard University, Japan’s Keio University, and France’s School for Advanced Studies in the Social Sciences (École des hautes études en sciences sociales, EHESS). He is the chief editor of National Report, a monthly journal of China's political research which is read by China's top leaders. He is the author of the Political and Economic History of China (1949–1976) (3-Volume Set), Political and Economic History of China (1977–1992) (3-Volume Set), China in 2020: A New Kind of Superpower(2010), Economic and Social Transformation in China (2006), and other works.

Chapter 3 The First Salvo of the Cultural Revolution

Mao and the Cultural Revolution Volume 1: Mao’s Motivation and Strategy